This weekend’s post features one event only because I’m saving my coins and my typing speed for ZimGold’s Restaurant week which starts on the 28th of June. FYI this is the 9th restaurant week they are running and it features about 14 restaurants scattered around Harare providing the best of their menus at fixed prices. It’s the best time to sample restaurants you’re not sure of, have never heard of or usually can’t afford.

The menu price and setup depends on the restaurant but in general you get 2- 3 course meals ranging from $10-$25. I might post a review after every restaurant I visit; if I’m not too tired or full. We’ll see how it goes!

Feel The Music Fest ft Goodluck(SA) Saturday- June 24th @ The Jam Tree
Back to business! On Saturday I was asked to cover the Feel the Music Festival by the good folks over at The Fest Gurus. These guys are hardcore festival chasers. They travel throughout Africa spotlighting cultural festivals, and they cover festivals outside our continent too. So it was truly my honor to attend the Feel The Music festival on their behalf.

The not-so good side

1.This festival was pricey AF. Early bird tickets were $20, and $25 on the day. Sure you can say they had international artists and they had a target market etc and that’s fine, but that doesn’t change the fact that it cost too much. I could only attend because I had a press tag.

Also, you had to buy a drink coupon for $10 before heading to the bar, nothing less. So if you wanted one beer only, like me, you were out of luck. Another thing is the food prices started from $4 going up( from what I saw). For 4 bucks I got a dry tasteless prego roll. I ended up eating only the bun and the caramelised onions. Tragic. So let’s add that up shall we? 25 for a ticket, 10 for drinks (one round only) and 4 for a nasty sammich, =39 United States Dollars. I’m too thrifty for that.

2. The festival was sponsored by a certain tobacco company and so their cigarettes were on sale. Nothing wrong with that but the cigarette vendors were too eager. Before I even got my ticket i’d been asked “do you smoke? no? do you want to start?” I mean really?

The good side
1. The lineup included GOODLUCK, Rob Macson, Mackay, Fungai Nengare, So Kindly and Sophie Banks. I had never heard of any of these artists except Fungai Nengare so I was hyped to hear some new music and the performances did not disappoint. Kudos!

2. The setup was pretty. They used a relatively small space quite well. 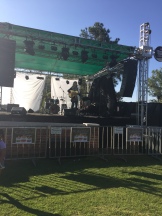 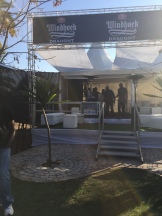 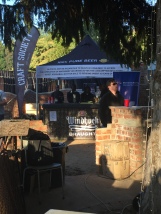 3. The entrance was organised and ticketing was efficient. Every stall was clearly labelled. You know where to go and for what.

4. The vibe man. It was aliiiiive. It wasn’t the usual crowd I see. Frankly, it was very white. Everyone seemed to be having a great time and that feeling was contagious.

All in all, it was alright. I honestly wouldn’t go again even if I had a free ticket but kudos to the organisers for planning everything so well.

I’ll be back soon for restaurant week!

One thought on “Weekends With Phro June 24-25 June”